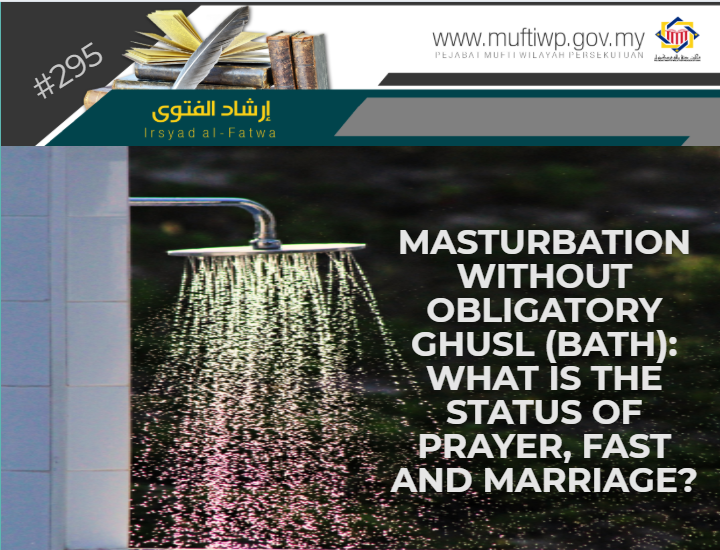 To answer this issue, we detailed it as follows:

“And they who guard their private parts. Except from their wives or those their right hands possess, for indeed, they will not be blamed - But whoever seeks beyond that, then those are the transgressors,”

The scholars prohibit this act for both men and women. Imam al-Ruhaibani (Hanabilah fuqaha) said: “And whoever masturbates, whether a man or woman without a necessity, it is prohibited and he or she should be punished through takzir for their act is a sin and transgression.” Refer Mathalib Ulil Nuha, Al-Ruhaibani (6/226).

“O Allah’s Messenger! Allah is not ashamed of the truth. Is a Ghusl (bath) compulsory for a woman when she has a sexual dream?” He (ﷺ) replied, “Yes! When she sees signs of liquid (semen).”

Hence, prayers performed during this time (in janabah) does not release the person from the person’s obligation to pray. Consequently, these prayers need to be replaced according to his/her capability.

Regarding this issue, lets first analyse the conditions of marriage. Syeikh Dr Wahbah al-Zuhaili states there are two valid conditions for marriage:

Thus, according to the above conditions, being in a pure state is not included as a valid condition of marriage. Hence, a marriage that happen while the bride is menstruating or in impure state is valid as long as it fulfils the conditions and requisites of marriage.

However, if the marriage is held in mosque, then there are several other rulings need to be considered.

The above verse states the prohibition of man and woman in impure state to enter mosques except if they are just passing through the place of prayer.

There is an in-depth discussion regarding this issue that we have addressed in Al-Kafi Series 906: The Ruling for Menstruating Women to Enter Mosques. Readers can easily access the article through the link https://bit.ly/2Tq3hd4

Furthermore, readers can read an article regarding the issue of weddings and marriages held at mosques, in al-Kafi Series 770: Marriage in Mosques through the following link  https://bit.ly/2tGMl5S

To conclude, we state that a marriage held while one is in an impure state (janabah) is valid. However, if the marriage is held in a mosque and the bride is on her menstruation, then she should not enter the mosque or stay inside the mosque as have been stated by Syafie’yyah scholars.

Third: Fasting While in Janabah

This means, being in a pure state (not in janabah) from intercourse or ejaculation of semen is not included as one of the valid conditions for fasting. Hence, if someone ejaculates during the night, and he has the intention to fast the next day, if he wakes up after sunrise, he can just continue with his fast.

However, he has to perform the obligatory bath to perform his prayers and the obligation of the bath is not for his fast. We detailed the rulings regarding this issue in Al-Kafi Series 305: Performing Obligatory Bath After Subuh During the Month of Ramadhan. This article can be accessed through the link https://bit.ly/2VmGpLC

Lastly, may Allah SWT give us understanding in practising our religion. Ameen.