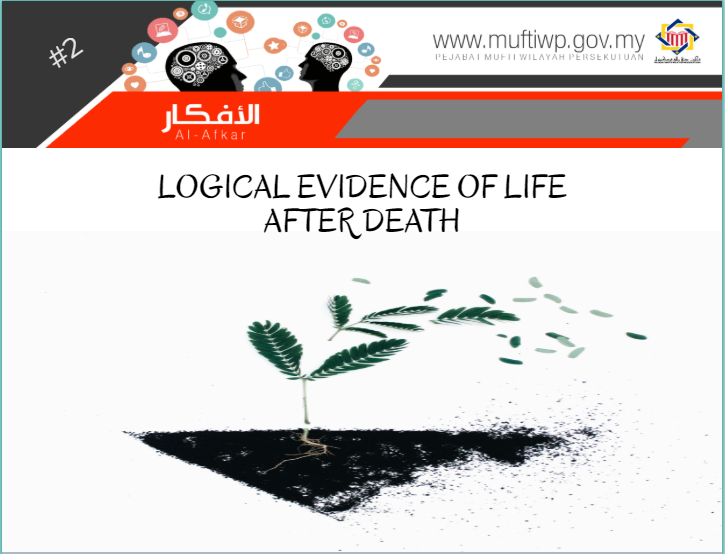 Why does Muslims believe in life after death when it is not scientifically proven?

The belief of life after death is not something that is believed without giving it any thought or contemplation first. It is a logical and acceptable belief when one truly thinks using their rational mind. Science is not something that is absolute and unchangeable in the future. The theories that are accepted today may be superseded when reviewed and the opposite was proven. There are numerous famous theories which was later refuted by recent discoveries. The reason is, the field of science itself is theoretical and anything that is theoretical is not absolute. Hence, science is not a determinant in everything. Since, science is not absolute, then even if some things in the Quran cannot be scientifically proven (for the time being), it does not mean that it is unscientific. Among the famous scientific theories that have been disproved by modern theories are emission theory (Isaac Newton) and special relativity (Albert Einstein). Other examples of this includes:

On another hand, it is fair for us to ask the questioner, “Is the act of robbing or stealing a good or bad deed?” We are certain that no one would answer that it is a good deed. If a man who does not have any religion and only depends on logical thinking, feared by others, have great influence (would not get arrested) and have all the good things in life states that robbing is a good deed, how could we convince him with logical argument that robbing is bad and wrong?

The man would probably say, robbing does not bring any harm to him at all since he would gain a lot from it but would only bring hardship to the one being robbed. Then, what is the logical argument we can present to him in convincing him that robbing is wrong? The first thing we should do is to convince the person about the existence of Allah SWT through logical and scientific evidences. When he is convinced about the existence of Allah SWT, then the following statement of Allah SWT should be analysed:

“Indeed, Allah does not do injustice, [even] as much as an atom's weight; while if there is a good deed, He multiplies it and gives from Himself a great reward.”

A man who robbed others may be happy with his actions. However, if the same or worse bad deed are done on him or someone he is close to, surely, he would not consider it as a good deed anymore. If Allah SWT The Utmost Just and Fair, then why there are so many injustices happening in this world? We know how many people are profiting from their evil deeds and prohibited means. When they die, will it all be over? A sound mind would surely state that this is a great injustice. This is already answered in the Quran. Allah SWT states:

“[He] who created death and life to test you [as to] which of you is best in deed - and He is the Exalted in Might, the Forgiving,”

“Every soul will taste death, and you will only be given your [full] compensation on the Day of Resurrection. So, he who is drawn away from the Fire and admitted to Paradise has attained [his desire]. And what is the life of this world except the enjoyment of delusion.”

Hence, believing in the day of Judgement and life after death completes the 5 pillars of faith. It is inadequate for someone to just believe in the existence of Allah SWT without believing Judgement day. What about the evil deeds that he has committed? Will he be saved if he died and everything is just over? What is the “tests” mentioned by Allah SWT in the above stated surah al-Mulk verse 2?

Our answer to this is the existence of Judgement day and life after death. Logically speaking, without life after death, then everything that happened on earth would have been unfair and a tremendous injustice. As an example, if a man murdered more than 100 people. In this world, what is the justified punishment for him? The maximum penalty is death, but the offender’s death is a punishment for just one life of the people he had killed. What about the other 99 lives of people that he had taken? Is this fair for all their families? Allah SWT states:

“Indeed, those who disbelieve in Our verses - We will drive them into a Fire. Every time their skins are roasted through, We will replace them with other skins so they may taste the punishment. Indeed, Allah is ever Exalted in Might and Wise.”

Hence, if it is the will of Allah SWT to burn the killer stated earlier 100 times in the hereafter, it is well within His rights. This is the evidence and logic of the existence of life after death; in order for someone to receive the true justice he deserves, whether if he did good deeds or bad deeds. Wallahua’lam.