IRSYAD AL-HADITH SEERIES 401: FAKE HADITHS REGARDING THE ADVANTAGES OF FASTING IN THE FIRST 10 DAYS OF ZULHIJJAH 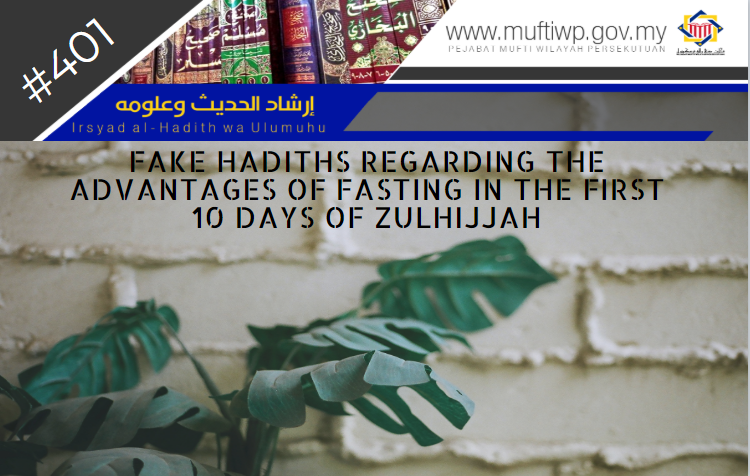 “On the first day of Zulhijjah Allah SWT forgiven the Prophet PBUH and whoever fasts on that day, then Allah SWT would forgive all of his sin.”

We have just entered the month of Zulhijjah and the first days of Zulhijjah are the most beloved days of Allah SWT for any of His salves to perform worship to Him. This is based on a sahih hadith of the Prophet:

According to the above question, there are several other hadiths which state specific advantages for those who fast in the first ten days of Zulhijjah. The hadiths are as the following:

Analyzing the above hadiths, we would like to state that all of the advantages stated are not sahih from the Prophet PBUH except the advantage of fasting on the day of Arafah. This is in accordance with a sahih hadith:

To conclude, the hadiths which narrate the advantages are not sahih from the Prophet PBUH. However, we are greatly encouraged to increase our worships and good deeds during the first 10 days of Zulhijjah by increasing our sunnah prayers, fasting, donations, recitation of the Quran, dhikr, qiyamullail and others according to the general hadith which explains the advantages of the first ten days of Zulhijjah. May Allah SWT make us form among His salves who receive His blessings, forgiveness and are saved from the punishments of hellfire. Amin.