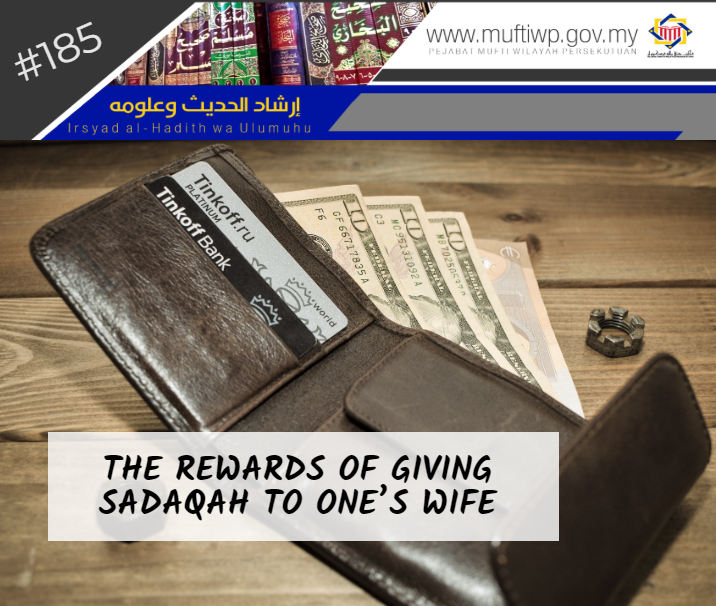 Is it true that there is a hadith which says that sadaqah to one’s wife brings a greater reward rather than giving sadaqah to others?

Based on the above question, a husband who gives sadaqah to his wife or any family member is a commendable act and deserves the reward. However, it is already the obligation of a husband or a father to give nafaqah towards those under his care. This is understood by the saying of Allah SWT:

Imam Ibn Kathir said while commenting on the verse that it is wajib for a father or son to provide the nafaqah to their wife and mother in terms of clothing to what is acceptable which is any clothing acceptable by the adat or the like in that country without it being excessive or a burden. It is enough for what is acceptable when he(the father or husband) is in his well-off condition and be moderate as well as everything that comes with it. [See: Tafsir Ibn Kathir, 479/1]

Of the dinar you spend as a contribution in Allah's path, or to set free a slave, or as a sadaqa given to a needy, or to support your family, the one yielding the greatest reward is that which you spent on your family

Imam al-Nawawi RA said that giving sadaqah towards one’s family member is more afdhal (better) than giving it those who are not related to him (who has no blood ties with him) if they (the family members) are in need. In addition, families should be preserved of their rights due to the silaturrahim (blood ties) even if it is distant. This is because, the Prophet PBUH commanded Abu Talhah to give his sadaqah towards his family members. So, he gave it to Ubay bin Ka’ab and Hassan bin Thabit. Both of them are linked to each other through the 7th generation of ancestors. [See: al-Minhaj, 86/7]

However, this does not mean that we are not encouraged to give to others. We are also commanded on doing so, unless when there are our family who needed more. This is as the saying of Allah SWT:

The example of those who spend their wealth in the way of Allah is like a seed [of grain] which grows seven spikes; in each spike is a hundred grains. And Allah multiplies [His reward] for whom He wills. And Allah is all-Encompassing and Knowing.

This verse clearly states on the virtue of someone when he gives off his wealth to the path of Allah SWT. Besides, sincerity is highly important so that what we gave to sadaqah or spend will be accepted by Allah SWT and not on the purpose of showing off to others so that we are known or said as a person who loves giving to charity.

In conclusion, giving sadaqah is a commendable and highly encouraged action for those who are capable to do so and this sadaqah does not focus towards immediate or distant family members only, in fact, it involves all those around us. Lastly, let us together cultivate the attitude of loving to give sadaqah even if just for a little, but may this little able to help us enter the Paradise of Allah SWT. May Allah SWT make us all be among His servants who always give and spend their wealth to the path of Allah SWT. Ameen.