IRSYAD AL-FATWA SERIES 164 : THE RULING OF SUNNAH PRAYER AFTER ASAR 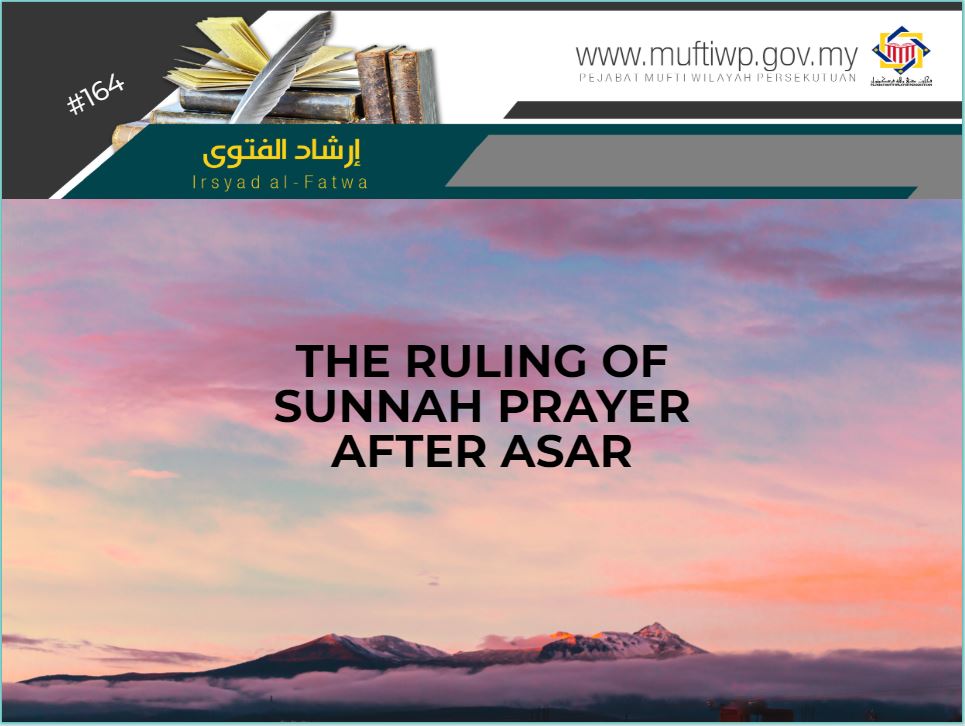 There are several times in a day when it is prohibited to perform prayers (sunnah). This is in accordance with a hadith from Ibn ‘Abbas R.Anhuma:

In another hadith from Abu Hurairah RA:

Al-Imam al-Nawawi Rahimahullah (w.676H) said that the time stated in the above hadith is a restriction for any type of sunnah prayer after the obligatory Asar prayer. As for nawafil sunnah prayer (for which the sunnah prayer is for a reason), such as sunnah prayer of tahiyyatul masjid, sujud tilawah, and sujud syukur, al-‘Eid prayer, al-Kusuf (eclipse) prayer, janazah prayer and, replacing a missed obligatory prayer, mazhab al-Syafi’e ruled it permissible and not makruh (undesirable). As for mazhab Abu Hanifah and others, they prohibit it for they determined that it is included in the generality of the hadith’s restriction. [1]

According to al-Mu’tamad, it is ruled as makruh tahrim (makruh that is near to prohibition). However, there are a few exceptions for this ruling in a few situations:

“The Prophet (ﷺ) disapproved of the offering of prayer at the meridian except on Friday.”

“Do not prevent anyone from going around this House (the Ka'bah) and from praying any moment he desires by day or by night.”

Thus, Islamic scholars agreed that it is permissible to do tawaf or pray in Mecca at any time according to the above hadith.

There are Prophetic evidences that restrict performing the sunnah prayers at certain times of day as stated in the above hadiths. Hence, in fiqh, it is ruled as makruh to perform any sunnah prayer after Asar, with the few exceptions of the stated prayers in the discussion above. Wallahua’lam.